While self confessed geeks and technology enthusiasts like myself may get 2 or 3 years out of a device (if that, I know many people who switch phone multiple times a year), normal people expect to get a bit more out of these expensive gadgets. I found a first gen iPod Touch in my dad’s glove box today and thought I’d reminisce about how much iOS (then called iPhone OS) had changed, yet in some ways hasn’t much at all. 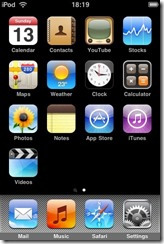 This was how it looked from iPhone OS 1 through to 3 – the metallic dock. The iPod Touch always had separate ‘Music’ and ‘Video’ apps, whereas iPhones has a single app called  ‘iPod’. No wallpaper, but apart from that it stayed pretty much the same until iOS 7 moved Spotlight search to the top instead of being on the left. 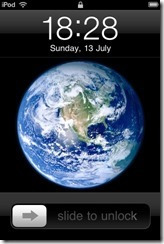 The lock screen stayed exactly the same until iOS 7 – the only minor change was the additional of a camera button in iOS 5.1. 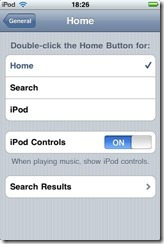 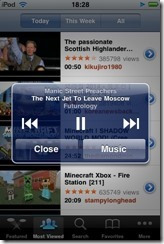 The days before ‘multitasking’ (aka recent task switching) meant the home button ‘double tap’ action could be customised. I always remember having it be set to launch the music player. If you had ‘Show iPod Controls’ selected then you would get an alert box with music controls, no matter which app you were in. Multitasking. 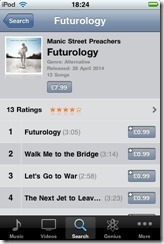 The iTunes Store was a major selling point of the iPod Touch. Being able to wirelessly buy and play an album within minutes was pretty darn mind blowing at the time. 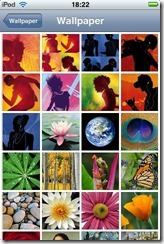 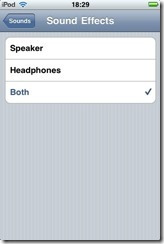 This setting is a carry over from the classic iPod. The original iPod Touch had no loudspeaker. The noises it could make were on par with a Casio watch. 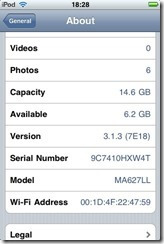