So the in thing these days is for tech pundits to declare that an app centric ecosystem is old fashioned, and that what people really want is a people centric ecosystem; witness Facebook Home, and Windows Phone 8 before it.

That's all well and good, but do app developers want their brand to be muffled into another system? I think most developers like having their icon on the home screen, like being able to design their app as they see fit, and wouldn't be happy if the operating system simply surfaced their content as part of a people centric approach.

Ecosystems are nothing without the support of developers and big brand apps. Everyone wants their cut of the 'mind share' pie. 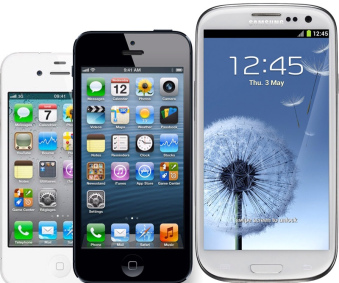 Apple seems to be getting a lot of bad press recently because of their refusal to release a larger iPhone. That and the fact that iOS is apparently getting 'stale' because hasn't changed much since its release in 2007.
I completely disagree with this criticisms – and here's why: Firstly, when it comes to a phone, I don't believe bigger is better. What matters to me is the portability of the device, coupled with software which is of a high standard and turns this 'black mirror' into something useful. If anything, quality and resolution of the screen matters far more than the dimensions.
When people start talking up screen sizes, it reminds me of the TV market, where people routinely buy the biggest screen they can get for their money, even if it means the screen will disproportionately intrude into their living room. There hasn't been much innovation in TVs in the past 6 years, we've seen half-hearded attempts at 'app' ecosystems, but ultimately people just want to sit passively and watch stuff, not mess about with apps. Since the iPhone was released in 2007, introducing multitouch, inertia scrolling and a touch screen that didn't need a stylus, we haven't seen any other big changes in paradigm. The iPhone 4 got a super high resolution screen that made reading text all the more pleasurable. Apart from that, in terms of hardware at least, we've gotten thinner, lighter and faster and that's all.
With phones, the quality of the apps and ease of use is what makes the difference – not the size of the thing. Price also plays a part – a big part. Having used Android for the past 18 months (HTC Desire S, and a Nexus 7) I can't help but be drawn back to iOS, purely because th software is so much better.

I thought I’d share with you some of the apps I use most often on my phone (a HTC desire S). Here are a few links to some “must have” apps (non-games).

I enjoy listening to Audiobooks while at the gym or driving, and this app makes it so easy. You can download any books you’ve purchased from Audible and the 30s rewind button and sleep timer are excellent additions. The ability to bookmark is also nice. Being owned by Amazon, I’m surprised your position and bookmarks are not backed up to the cloud (as they are when reading a book using the Kindle app) – so this means when I launch the app on my iPad I’m not in sync. Great app and great service.

I don’t like answering calls from anonymous callers – it’s usually someone trying to sell me something I don’t want. This handy little app silently sends anonymous incoming calls to voicemail, meaning anyone who does actually want to contact you can still leave a message for you to call back.

A while back I blogged about a rather convoluted way to mimic the excellent Photo Stream feature found on iOS on Android. That just got much easier thanks to the latest update to Dropbox which can now automatically synchronise photos and videos to your Dropbox account. No more plugging in your USB cable to download all your photos, and if you loose/wipe your phone your precious memories are safe.

A great chat application that lets me sign into MSN Messenger, Google Talk and Facebook all at once. The app cleverly maintains your sessions on their servers, and uses a highly efficient Push connection to keep you connected – meaning you can be signed into all your accounts and your battery won’t even notice. (Also well worth getting for iPad)

I love podcasts, and Dogcatcher is a great player for Android. I wouldn’t say it has the nicest User Experience I’ve ever seen, but functionality it has everything I could ask for from a mobile podcast player – including automatic downloading of new episodes (you can specify WiFi or Plugged in only). iPhone users should checkout Podcaster which provides similar functionality.

Hope you find this useful, let me know if you have any favourites.